Some of the finest ales around

We met some 30 years ago, at a time when our love of beer was much more about quantity not quality. Fortunately, with maturing years came maturing tastes and, alongside what felt like an awakening in the production of real ales, we became more discerning about what we liked to drink and would actively seek out new flavours and styles of beer.

It wasn't until we were approaching our 40's that the opportunity arose to take this further, we went on a full mash brewing course 'a birthday gift' and by the end of this we had hatched a, possibly drunken but no less exciting, plan.

After a productive, but messy, first day in a garage in St Michaels we had a brew that we considered to have potential. A further period tweaking and testing recipes and processes and we produced an American pale ale that, as we drew the first couple of pints off had us both laughing with the satisfaction of creating something far better than good from some very basic ingredients.

From these early days our experience increased, we researched obsessively and adapted and improved the brewing kit. Eventually we were consistently creating great beers ranging from zesty Pales Ales through Golden Ales to heavy winter Stouts, something for everyone. The brewery became 'Avid Brewing Co', 'Avid' because we felt it epitomised all we stood for regarding brewing and consuming. We had increased in size to the 90 litre Powell Brewing System that we still use as our pilot brewery today and bought some reconditioned casks to create 'genuine real ale'.

We soon learned that there was much more to this than just producing the beer, so distribution became our next focus. We were pleased to discover the bag in a box system, which enables us to increase the range of sizes, ease of use and shelf life on offer alongside the traditional casks. This in turn means we can cater for everything from large pubs and festivals to smaller venues and events.

As the popularity of our beers increased then so did our ambition - fortuitously this coincided with Bowland Brewery in Clitheroe looking to increase capacity and therefore selling their entire outgoing equipment, a chance we jumped at!

The nine months following were a whir of planning consents, drainage and infrastructure issues, equipment movement and set up of new premises in Quernmore. The team at Bowland Brewery, Paul Tunstall at JWPC, Simon Hodson the electrician, Nick Penrith at Shift**it, Alastair Fallon for the website and Andy Walmsley at Wash Design have all been fantastic in supporting us with our upgrade - assisting wherever they could, and we can't thank them all enough.

Test brews have been made (and rather upsettingly, in some cases
thrown away!) but now here we are with the capacity to produce great
tasting beers without commercial limitations that still make us laugh
with excitement and satisfaction alongside having the pleasure of
supplying some of our areas finest local pubs and restaurants. We are
most definitely happy in our work. 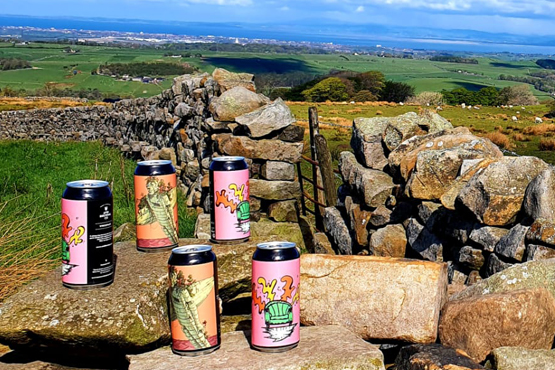 We are proud to be SIBA brewing members and are looking to help shape the future of craft brewing and drinking in this country.

@Avid Brewing Co The numerous hints have paid off...., and what a perfect day for it!! #fathersday #realale #shoplocal @ Quernmore https://t.co/BjCGZkcdGJ

@Avid Brewing Co One month to fathers day and we think these would make the perfect gift. Available directly from the brewery and… https://t.co/gg5rsoXaYL

@Avid Brewing Co One month to fathers day and we have the perfect gift.... available direct from the brewery and selected outlets. C… https://t.co/tfF0X9kLiE

@Avid Brewing Co Look at these beauties!!! The first in a range of Avid Ales now available in very special cans. Designed by Andy a… https://t.co/tWdLZB0MWi